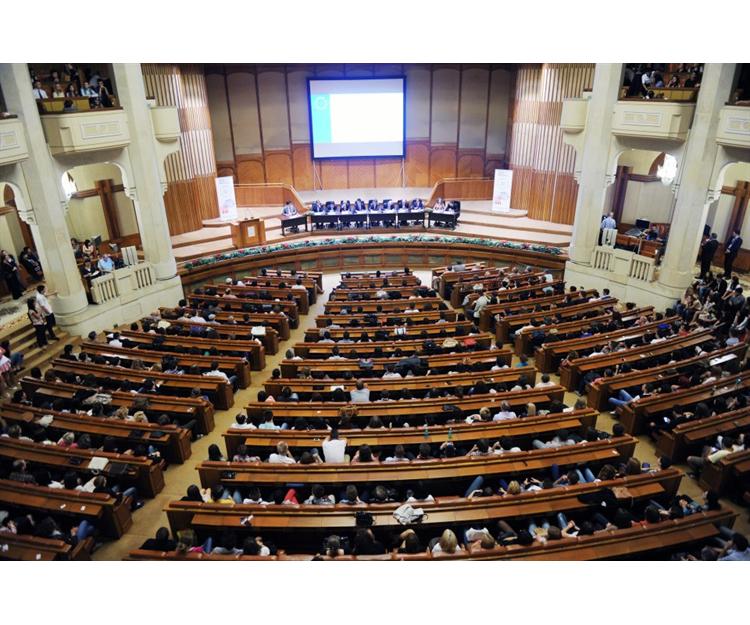 The 5 Most Intimidating Majors with $100K Potential

It should come as no surprise that many of the careers that have potential salaries of $100K or more are also those that require some of the most intimidating majors. Some people enjoy the challenge of majors that would send others running in the opposite direction. There are many students who have interests or professional goals in fields that are perceived as difficult, and pursing a daunting major is just one of the hurdles they need to overcome to succeed. On the other hand, perhaps you're just morbidly curious to know which majors to avoid. Whatever the case may be, continue reading to see our list of the most intimidating majors that might be able to earn you $100K.

To create our list of the most intimidating degrees, we looked at four data points from the National Center for Education Statistics and the Bureau of Labor Statistics, based on a matching system that aligns degrees with related careers. We ranked each major on the following criteria, with all factors weighted equally:

The mean grade point average of graduating seniors and the percentage of graduates in that major with a 4.0 GPA, Baccalaureate & Beyond Longitudinal Study, 2012

The mean number of hours per week spent on schoolwork, Baccalaureate & Beyond Longitudinal Study, 2012

The number of bachelor's programs offered nationally in that subject, National Center for Education Statistics, 2014

The number of jobs in the field with a mean annual salary greater than $100,000, Bureau of Labor Statistics, 2014

Here's an overview of the top 5 most intimidating college majors:

Majors in the field of natural resources and conservation learn how to help humankind face environmental challenges and protect plants, animals and their habitats. Students might learn about topics such as balancing humanity's need for water for agricultural, manufacturing and drinking purposes with marsh and marine habitats' water requirements. Forestry, the impacts of the petrochemical and fossil fuel industry on the environment, and renewable energy are other possible topics, though there are many more.

Part of the reason these majors are intimidating is that they are heavily science-based, incorporating fields such as biology, chemistry and engineering, among others. However, another aspect of this field that can be challenging is that, in many cases, solutions to the environmental problems facing humanity have already been found, but political and social constraints make implementing these solutions difficult. For those interested in these issues, it is important to be aware of the following:

Average number of hours spent on school work per week: 16.73

Out of all majors surveyed, natural resources had the smallest percentage of students graduating with a 4.0 grade point average. It also ranked second-to-last in terms of average GPA. However, while the degree may be intimidating, graduates have the privilege of trying to solve some of the greatest challenges in the history of humanity.

On the surface, architecture doesn't sound particularly intimidating. However, there's a lot more to designing buildings than drawing facades and making scale models of buildings and landscapes. Those interested in architecture and related services must take coursework in advanced physics and calculus as well as architectural styles, history, and building preservation and restoration.

As a result, architecture has by far the heaviest average homework load of any of the majors surveyed for this study. Designing buildings that are not only attractive, but also cost-efficient to build as well as energy-efficient and safe for occupants is a time-consuming process. Architects must also have well-developed people skills since they work with a wide variety of other professionals throughout design and construction. Here are some crucial stats to know about architecture as a major:

Average number of hours spent on school work per week: 24.50

While the average grade point average of graduating seniors is fairly high compared to the other majors surveyed, the high student workload may correlate to a similarly high workload as a professional. Considering that the number of jobs available earning an average of 100K is relatively low, the workload may combine with the competitive nature of the field to make this one of the most intimidating majors.

Although some schools count history among the social sciences, others consider history a part of the broader field of humanities. Regardless of how it is categorized, history is a broad and compelling field that helps us understand events and individuals from the past using recorded sources of information. However, the number of careers with a history major as an explicit prerequisite is extremely limited.

Even so, the fact that history does not on the surface translate to a specific career does not mean the degree cannot be a valuable professional investment. History majors can go on to pursue a variety of lucrative careers, including lawyer or judge, among others. Those considering studying history may be interested to know the following facts:

Average number of hours spent on school work per week: 16.07

Like other majors on this list, history is a competitive field that requires a significant investment of time but renders a high degree of difficulty to obtain a lucrative career. However, there can be a lot of flexibility to take coursework on the historical eras, regions and individuals of interest to you. Additionally, the critical thinking skills gained in this very intimidating major may give you an advantage when pursuing a variety of careers.

Transportation and materials moving occupations are crucial to the economy. Moving a variety of raw materials, finished goods and even people from one part of the country to the other is a big industry. Although according to the Bureau of Labor Statistics the median annual wage in this occupational category was less than $30,000 per year as of May 2014, certain jobs, such as air traffic controller and airline and commercial pilots, have salaries in the range of 100K and up. These jobs require knowledge of aviation, weather and other topics, as well as biodata psychological tests to determine how individuals will react in high-pressure, time-sensitive situations.

Since there are often not only subject matter, but also psychological requirements to work in these occupations, majors that lead to these careers can be among the most intimidating for those seeking to make 100K per year or more. Those who want to major in a field that will prepare them for a career in transportation should take the following into consideration:

Average number of hours spent on school work per week: 16.18

Number of jobs in the field earning an average of $100K or more: 2

With the highest average GPA among the most intimidating majors as well as over 6 percent of graduates earning a 4.0, transportation may be one of the least-intimidating majors on our most-intimidating list, at least intellectually. Just be sure your psychological makeup is compatible with a career in the field before investing in your studies.

As a result of the highly technical and complex subject matter covered in engineering technology programs, they have the lowest average grade point average among majors surveyed in the study. However, these majors do rank solidly in the middle of the pack in terms of the amount of time students spend on school work outside of the classroom. Here are the relevant stats:

Average number of hours spent on school work per week: 14.83

Number of jobs in the field earning an average of $100K or more: 4

Although both a major and a career in the field of engineering technology can be challenging, career prospects are perhaps the strongest of any of the majors on this list. If you are excited by solving difficult and complex problems and are willing to put in the work, a career as an engineering technologist or technician may be a fulfilling path.

Many people find great satisfaction in taking the time to thoroughly explore issues and come up with solutions that others aren't intellectually able or willing to find. Self-discipline and commitment are key components to success, and despite being some of the most intimidating majors, individuals who choose one of the topics listed here may find themselves well-poised to earn $100K per year or more. Those who would prefer high earnings without so much stress may want to check out our list of the 5 least intimidating majors that can earn you $100K.